The U.S. Food and Drug Administration (FDA) and Centers for Disease Control and Prevention (CDC) are currently investigating three E. coli O157:H7 outbreaks that have sickened more than 50 across 15 states, including one death in Michigan.

The first two E. coli outbreaks, which include the one death, were announced Oct. 28, 2020 with an unknown food origin.

The latest outbreak announced on Nov. 10, 2020, which has seen a dozen sick in six states, may be linked to recalled romaine lettuce sold by Tanimura & Antle across the country, including more than 1,100 Walmart stores.

"The FDA is investigating a third outbreak of Shiga toxin-producing E. coli O157:H7 illnesses that matches the E. coli O157:H7 strain found by Michigan Department of Agriculture and Rural Development in Tanimura & Antle brand packaged single head romaine lettuce. It is important to note that the E.coli strain identified in this outbreak is not genetically related to either of the E. coli strains that we reported investigating on Oct. 28. This is a new and separate outbreak,” said Frank Yiannas, FDA Deputy Commissioner for Food Policy and Response, in a release.

The CDC reports that the latest outbreak has 12 people infected in California, Illinois, Michigan, Ohio, Pennsylvania, and Virginia with five people hospitalized. No deaths have been reported.

"At this time, there is not enough epidemiologic and traceback evidence to determine if ill people in this outbreak were exposed to romaine lettuce from Tanimura & Antle, Inc.,” said Yiannas.

"Consumers, restaurants and retailers should not eat, sell or serve recalled Tanimura & Antle, Inc. brand packaged single head romaine lettuce with a pack date of Oct. 15 or 16. We are actively investigating with our partners and will provide additional information as it becomes available,” said Yiannas.

Walmart posted a list online of 1,117 stores in 23 states where the recalled romaine lettuce may be sold.

The first two outbreaks announced at the end of October have not been associated with a specific food item, but both feature E. coli strains in previous outbreaks linked to romaine lettuce:

CDC breakdown of the illness from the Oct. 28 announced E. coli strains:

FreshByte Software is a Customer Service Organization that specializes in software for the Wholesale Distribution industry. Contact us today to learn how we can streamline your internal controls and ensure 100 percent product traceability.

Created with our customer's needs in mind, Fresh Byte Software provides an inventory and accounting management system built to increase gross profits and minimize costs for wholesalers, distributors, and manufacturers. Are you shopping for new software that will help you manage your business? Contact us today, we have the solution for you. 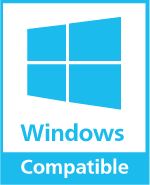